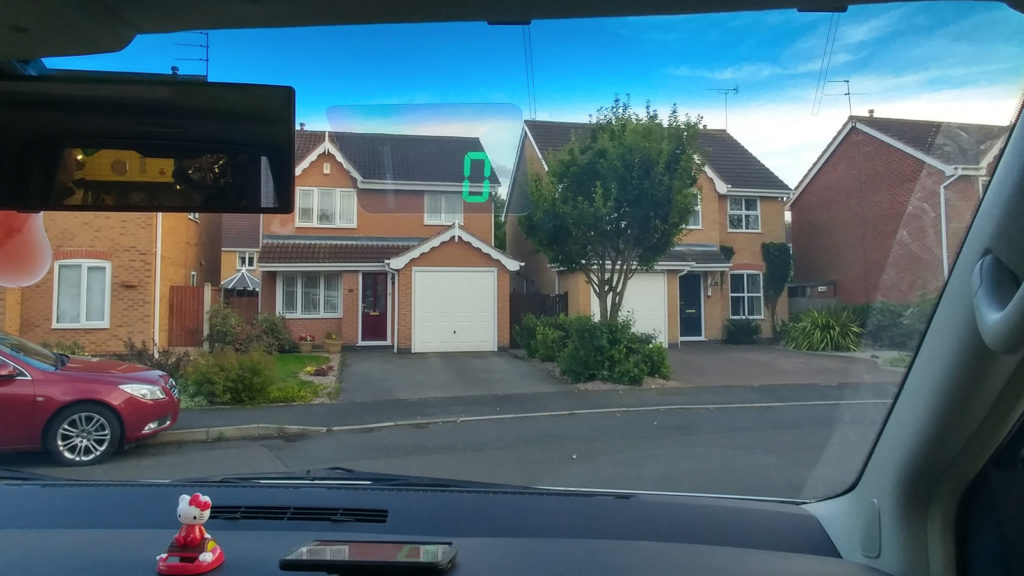 I’ve swapped out the head unit in my new car for a brand I’d never heard of before – AutoPumpkin. It’s relatively low priced yet has plenty of features and connectivity options. I bought it because the unit that was in the car (a JDM Clarion) was a CD and Mini Disc player, but only Japanese Mini Discs..

I also wanted a DVD player to play movies on the rear roof mounted screen to keep the youngsters happy on long journeys. Having one that runs Android was also a win because I can run DigiHUD on a larger screen than my Galaxy S3s, and it just comes on automatically so no need to set it up when going for a drive. I play music over Bluetooth which can be controlled by my phone.

I plan to install a couple of blind-spot cameras later on which can be fed into the Pumpkin. It doesn’t have DAB radio (separete module is available) and the AV out is only for the DVD but overall I’m very happy indeed with the unit. 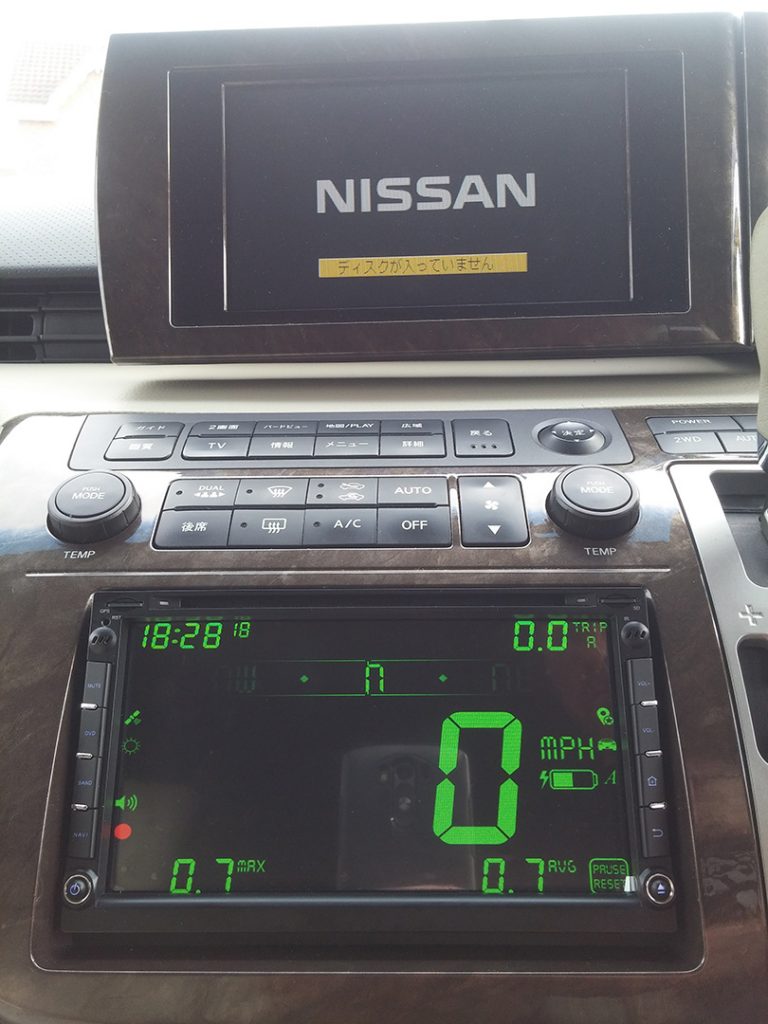 I saw a review of the free version of DigiHUD today that mentioned the maximum value of the trip counters. Here’s Ryan Scott’s review:

Really like this app and use it exclusively to accurately log mileage on my Dodge diesel to track mpg’s. I only give it 4 stars due to trip meters only reading in the thousands. I would consider paying for the pro version if the trip meters read higher.

I realised that it’s not in the description or the app itself what the maximum values are, for either the free or Pro version. It’s impossible to put everything that the app can do into the description because of the character limit.

Putting it all in the app itself is either too late (because it won’t be installed if you don’t know about some ‘killer feature’) or it just won’t be seen. Nobody wants to read a huge pile of text about what the app can do or how to use it, I get that, and apps should be intuitive and not need instruction manuals. You probably don’t want to see a huge window open when you start the app listing its features and giving instructions on how to use it.

Here’s a Pro screenshot showing how the values can be set to show greater precision and also the number of digits the trip counters can have. That’s a million miles/kilometres. 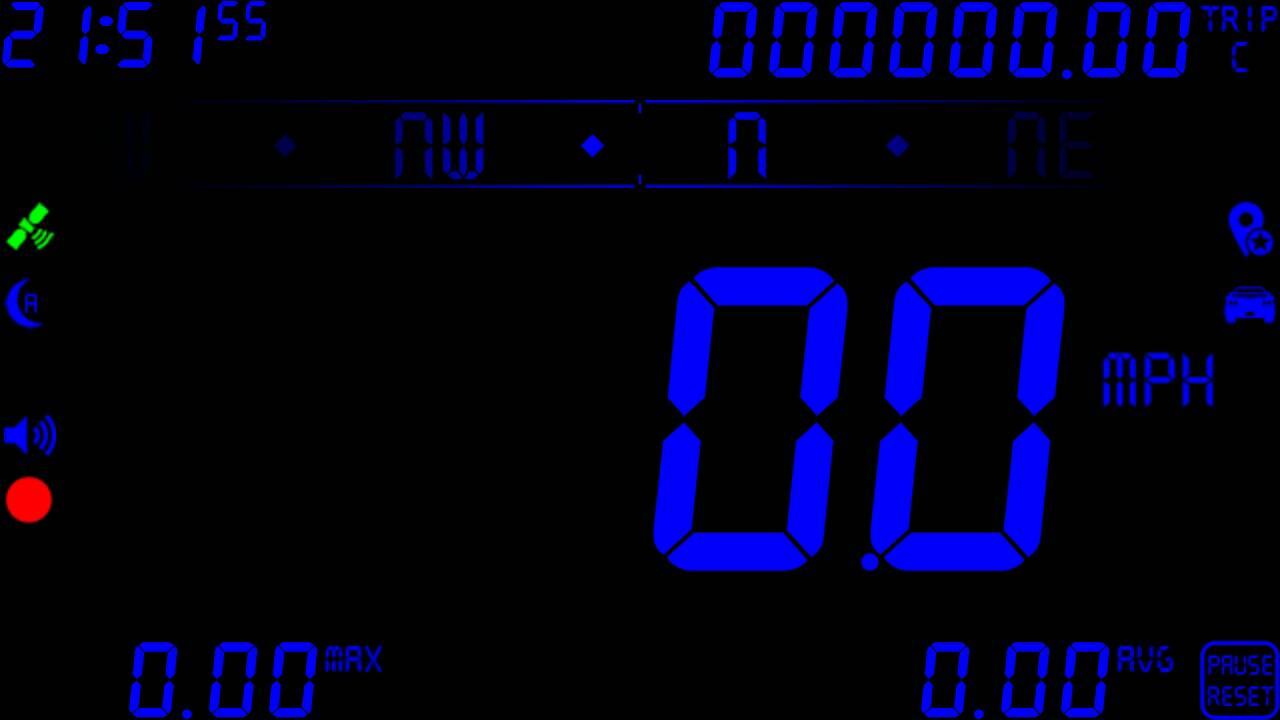 It’s worth mentioning that the free version also shows some values to two decimal places when in landscape view.

From having seen it happen on my own device I think it’s a big enough issue to warn people whenever possible, hence having a post here about it.

Until I had my Galaxy S3 I really thought that it was problem reserved for CRT screens. I’ve seen many cash machine screens over the years with burned-in screens showing ‘Please insert your card’ or something similar. I think the older green screen monitors were the worst from what I saw.

Anyway, why would modern cutting edge display panels suffer from this? It’s the 21st Century after all. Unfortunately some types of screen do, and badly. Badly enough that I won’t be buying another AMOLED display, as gorgeous as they look with their ultra-black blacks and saturated colours.

After many many hours of testing the app over the last two years one of my devices (a Samsung Galaxy S3) does now show some burn-in, which on a white screen can be seen as a slight yellowing of the display where the speed and other information is displayed. Another older device (an HTC Wildfire) has no burn-in at all. The Samsung has an AMOLED screen whereas the HTC has an IPS screen.

Here’s a rather bad photo (thanks to my LG G3’s camera) of my S3 with a blue screen (the best colour I’ve found to show the damage). The blue is actually very even to look at it’s just the camera failing to work it out. According to Erica Griffin (see link below) it’s the blue pixels that degrade fastest as they consume more energy to power them. 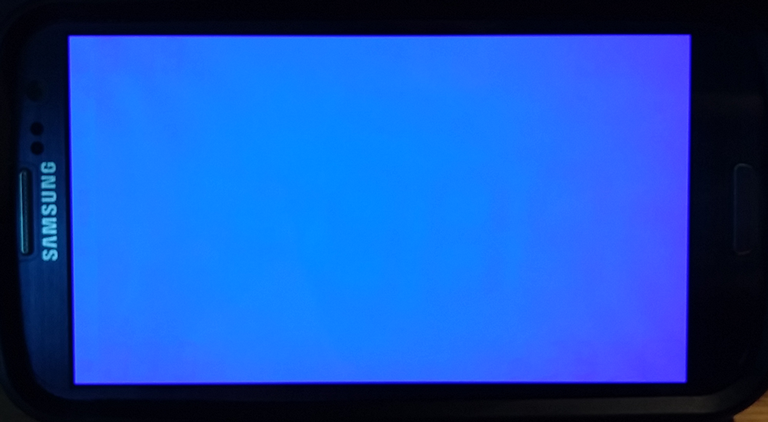 See how the digits from DigiHUD are still visible, as well as the status bar which is black for the majority of the time in normal use. This is from using the app for about an hour and a half, five days a week for two years (or thereabouts).

PC Pro magazine did a great article on AMOLED displays.

Erica Griffin also shows burn in on a Nexus 6 after just a few days:

Check your device documentation for more information on whether your device may be susceptible.

<opinion type=”mine”>If you’re suffering from burn-in on an AMOLED screen then PLEASE don’t use any of the apps purporting to remove burn-in. They don’t work, it’s a lie. Degraded pixels can’t be revived. All you’ll do is accelerate degradation over the rest of the screen.</opinion>